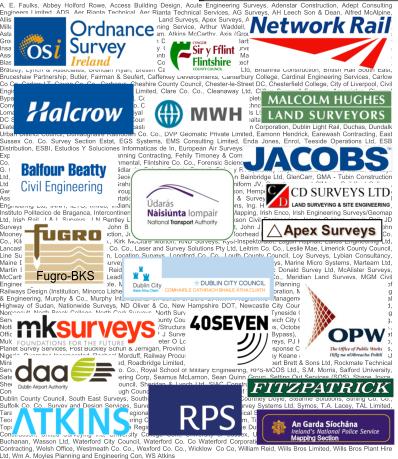 SCC is used in a variety of companies, ranging from small land survey companies to large international consultancies. These include;

SCC has been in continuous development since 1990 and enjoys an extensive user base in Ireland and the UK, Europe, the Middle East, and the rest of the world. SCC is now in its ninth major Windows release, with thousands of licenses deployed across many hundreds of organisations, a sample of which are listed below.